Press on Nails are simply amazing, they allow you to easily and quickly create intricate and stunning nail designs. All without having to spend hours and a ton of money at a nail salon.

Now the main issue that most people bump into when using Press On Nails is that they have a tendency to come off prematurely. But this is a very easy problem to overcome.

So in this article, I gonna share with you 9 tips to make your Press Ons also known as Glue on Nails last much longer and keep them from coming off easily.

Table Of Content show
1- Invest in a Good Nail Glue
2- Prep Your Cuticles
3- Buff Your Nails
4- Properly Clean Your Nails Before Application
5- Apply Your Press On Nails Correctly.
6- Apply a Clear Top Coat Over Your Press on Nails
7- Avoid Exposing Your Nails to Harsh Conditions
8- Shorter Press-On Nails Last Longer
9- Use Press on Nails that fit your Nail Size
Recommended Brand of Press-On Nails

1- Invest in a Good Nail Glue

The most important thing that you can do to extend the lifespan of your Press On Nails is to invest in a really good professional-grade nail glue.

A high-quality, premium nail glue can allow your Press On Nails to last roughly 2-3 weeks. Citation.

Some brands of Press On Nails do come with their own built-in adhesive on the back that you got to just peel off and paste. But I don’t recommend just sticking with only this adhesive.

Instead, I usually would advise using extra nail glue to further strengthen the bond of your Press On Nails with your natural nails.

Now the Nail Glue that I recommend is Nail Bond its a professional-grade nail glue that is water-resistant and very strong yet gentle on your natural nails.

It is a bit more expensive but I think it’s well worth paying a few extra dollars for. You can click here to see the current price for Nail Bond on Amazon.

Cuticles are the skin on the top part of your nails. And if this skin isn’t tended to properly it can prevent the glue from bonding directly to your nail bed. Instead, the glue would bond with the cuticle skin which would reduce the effectiveness of the glue.

So before you apply your Press On Nails, you should use a cuticle pusher to scrape off the dead cuticle skin on your nails and to push and shape the cuticles upwards to allow the Press On Nails to fit comfortably on.

You can see how to properly push and prep your cuticles in the video below.

It’s important that you buff your nail bed before applying your Press On Nails. You see buffing does two things:

4- Properly Clean Your Nails Before Application

Once you have buffed your nails and tended to your cuticles, the next step is that you need to clean your nails.

So what I recommend is that:

Before you apply your Press On Nails you wash your hands and nails thoroughly with warm water and soap. Preferably you should use an antibacterial soap which would help to remove any bacteria on your nails. This would help to prevent an infection from occurring.

Also, you need to ensure your nails are completely dry before moving on to the next step.

Secondly, you need to wipe each of your nails with a cotton pad soaked with rubbing alcohol. This would help to remove the natural oil found on your nails. You see the oily layer on top of your nails would hinder the glue from bonding to your nail bed.

Once the rubbing alcohol has evaporated you can proceed to apply the Press On Nails.

5- Apply Your Press On Nails Correctly.

It’s also important that you hold down each of the Press On Nails onto your nails for at least 30 seconds. This allows the glue to form a strong bond to nails.

You should also avoid having your nails coming into contact with water for at least 1-2 hours after applying the press on nails this gives the glue a chance to cure completely.

Another great tip is when you are finished gluing the nails on you can turn over your hands and apply some of the glue on the edge exactly where the Press On Nails connect with your real nails.

This seals the gap and prevents water from seeping between your Press on Nails and your natural nails which allows the glue to last much longer.

6- Apply a Clear Top Coat Over Your Press on Nails

If you have a clear top coat, you should apply it to both the top side of your press-on nails and on the underside of them.

A clear top coat would:

If you want your Press On Nails to last a long time you need to avoid exposing them to too much heat, moisture, and strong chemicals like detergents and chlorine.

These conditions tend to weaken the nail glue which causes the Press On Nails to pop off. My advice is to use gloves when you are doing certain chores like doing the dishes, gardening, cleaning, and avoid swimming and soaking in hot baths for long periods of time.

Also, you should never put too much strain on your Press on Nails such as use it as a tool to open and lift things.

Press on Nails that are short in length tends to be more durable compared to longer ones.

This is because the longer your press-on nails are the increased surface area it has for more tension and stress to act on. This will put more strain on the nail glue causing it to weaken more quickly.

9- Use Press on Nails that fit your Nail Size

The closer that your press-on nails fit your nail size the more durable and long-lasting they will be.

You see if they are too big they would tend to overlap your nails at the sides. Thus making them more prone to lifting which will put added strain on the nail glue.

You can also file down the sides of your press-on nails to make them fit your nails.

I highly recommend Kiss Press On Nails – they look simply amazing, they are durable and most importantly they tend to fit snugly. You can click here to see the price for a set on Amazon. 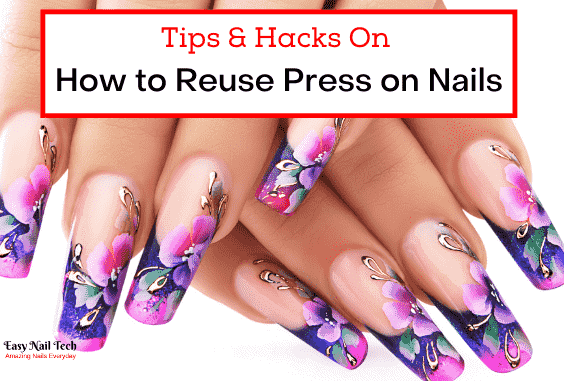 Most brands of Press on Nails can easily be reused and yet still look as if they were brand new. But they are certain things… 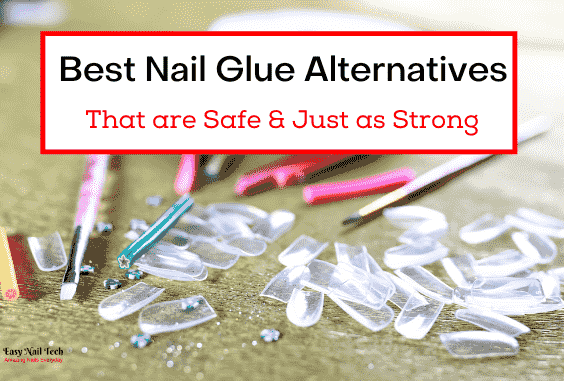 Using nail glue is one of the easiest methods to apply your Fake Nails or Press on Nails. And it is usually the method that… 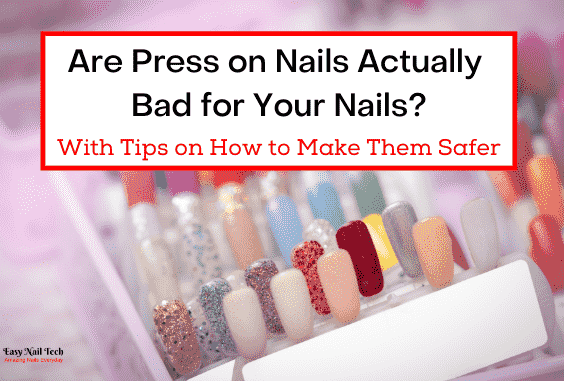 Once applied and removed correctly Press on Nails won’t cause any damages to your natural nails. This is because you don’t need to use so… 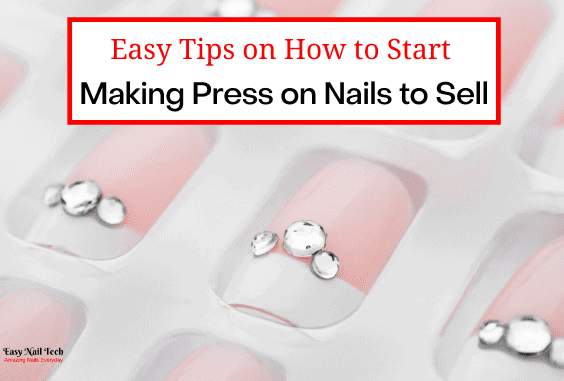 If you are good at making amazing nail art and you are looking to earn some extra cash on the side. Then making and selling… 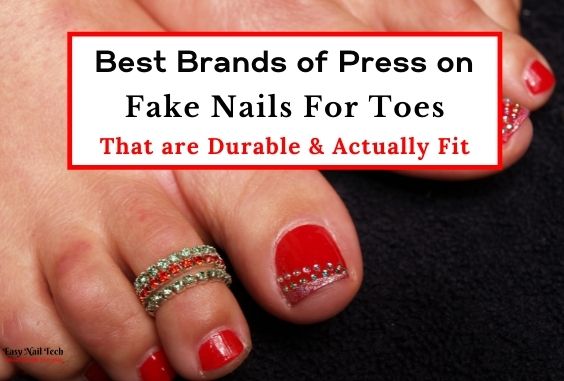 Press on Fake Nails is one of the easiest and quickest ways to make your toenails look amazing. So in this article, I am gonna… 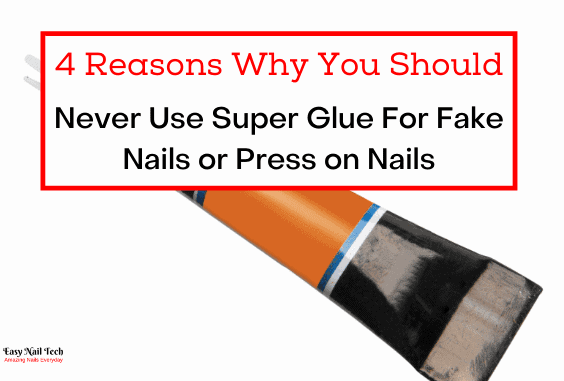 Super Glue should never be used to glue your Press on Nails or Fake Nails. Super Glue wasn’t made to be used on your body…